skip to main | skip to sidebar

(Came out in the last week of November last year..close enough) 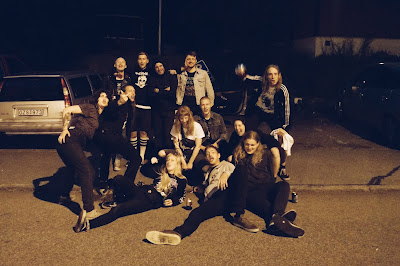 Great year for international punk/HC
Hope I didn't overlook or forget anything that is super crucial but tips welcome.
Top 10- LP/12" releases of 2019

Out Cold “Living is Killing Me” LP

Loose Nukes “Behind the Screen” EP 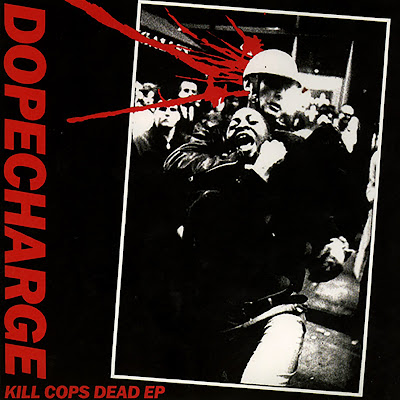 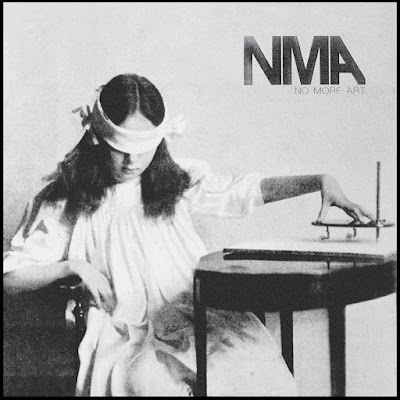 NO MORE ART -"Sorrows of Youth"
Years in the making and finally NMA deliver. This record takes up right where the ep's left off with their own style of early Dangerhouse  releases or L.A. style punk like AVENGERS, ADOLESCENTS, and BAGS. Download it free here 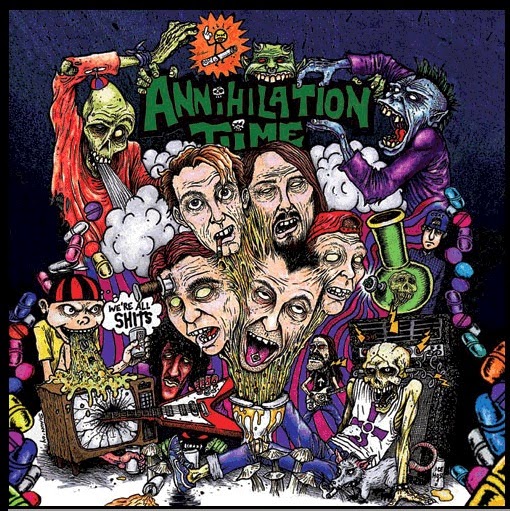 ANNIHILATION TIME -"II"
I could go on and on about how good this record is, but most of you already know that. I can't believe I forgot it on my top ten of the decade. That is a tragedy of memory. Anyways, here it is for you, a classic record that helped resurrected a genre, a amazing live band, and all around good dudes. 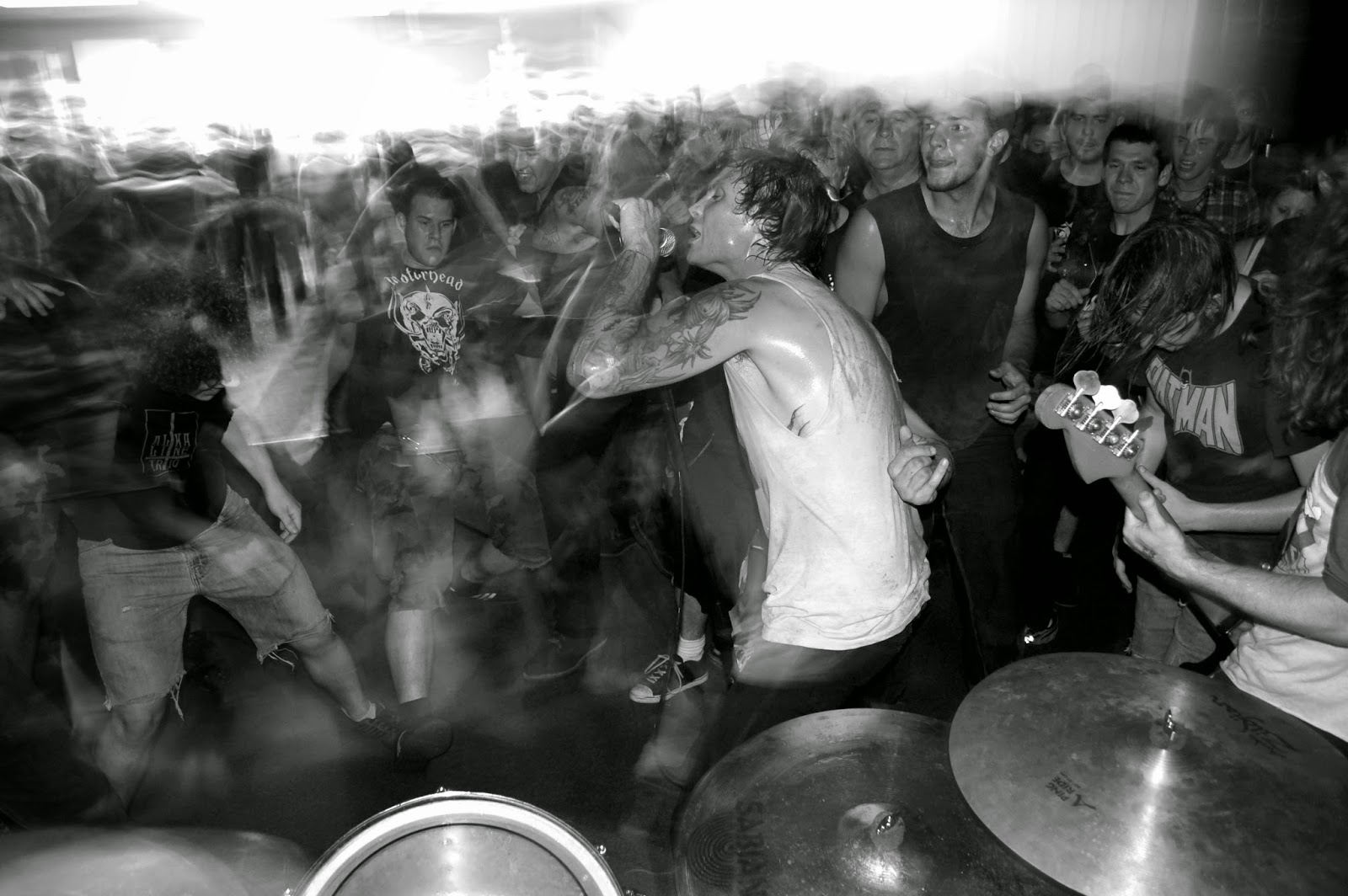 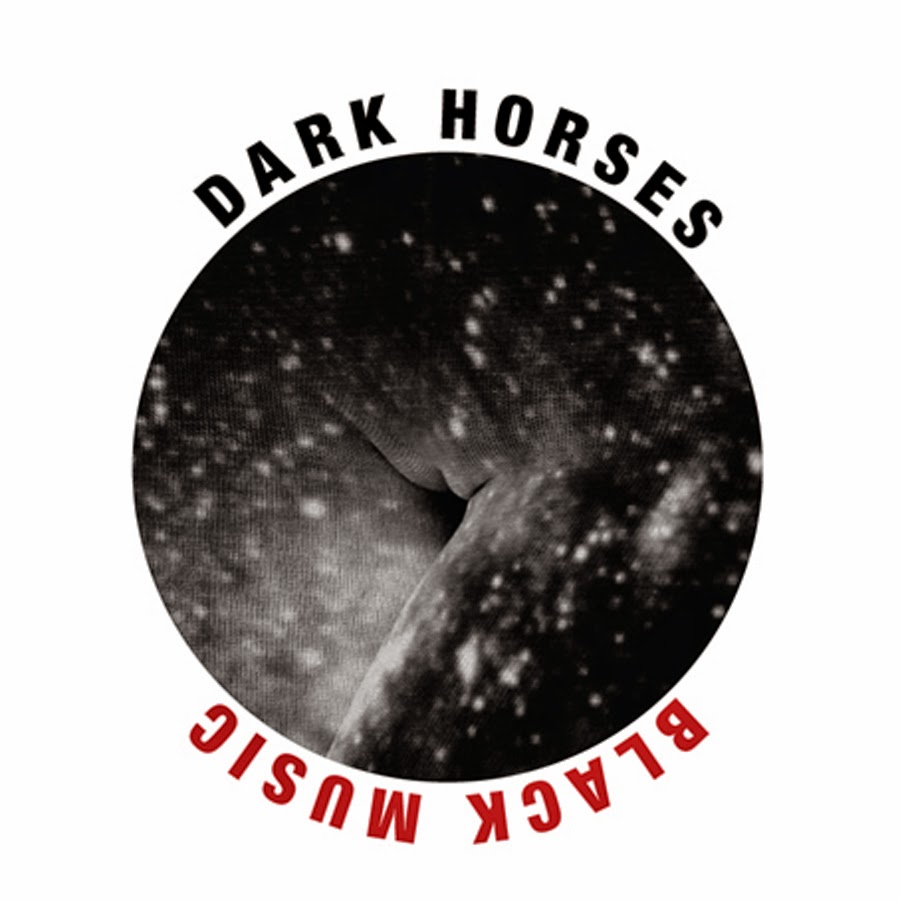 DARK HORSES-"Black Music" LP
I have been jamming to Dark Horses "Alone" ep for 4 years now and waiting for this band to do something amazing. Well here you have it. The music contained here is haunting, atmospheric and most of all beautiful. 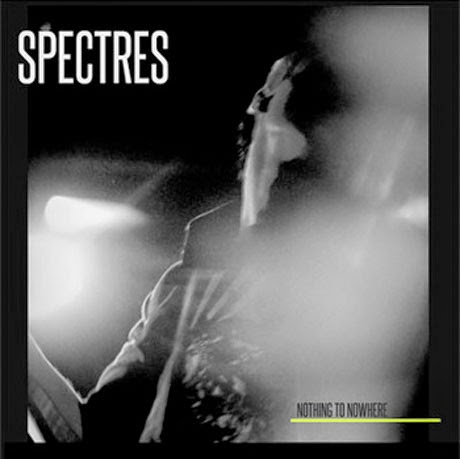 SPECTRES-"Nothing to Nowhere" LP
This record was released awhile ago but I feel like it belongs here as one of my recent favorite records. The band was nice enough to allow me to make it available to all you cheap bastard here free. Make sure to buy the vinyl if you like it. If you have any taste at all you will...

Download here
Posted by New Dark Age at 10:42 AM No comments: 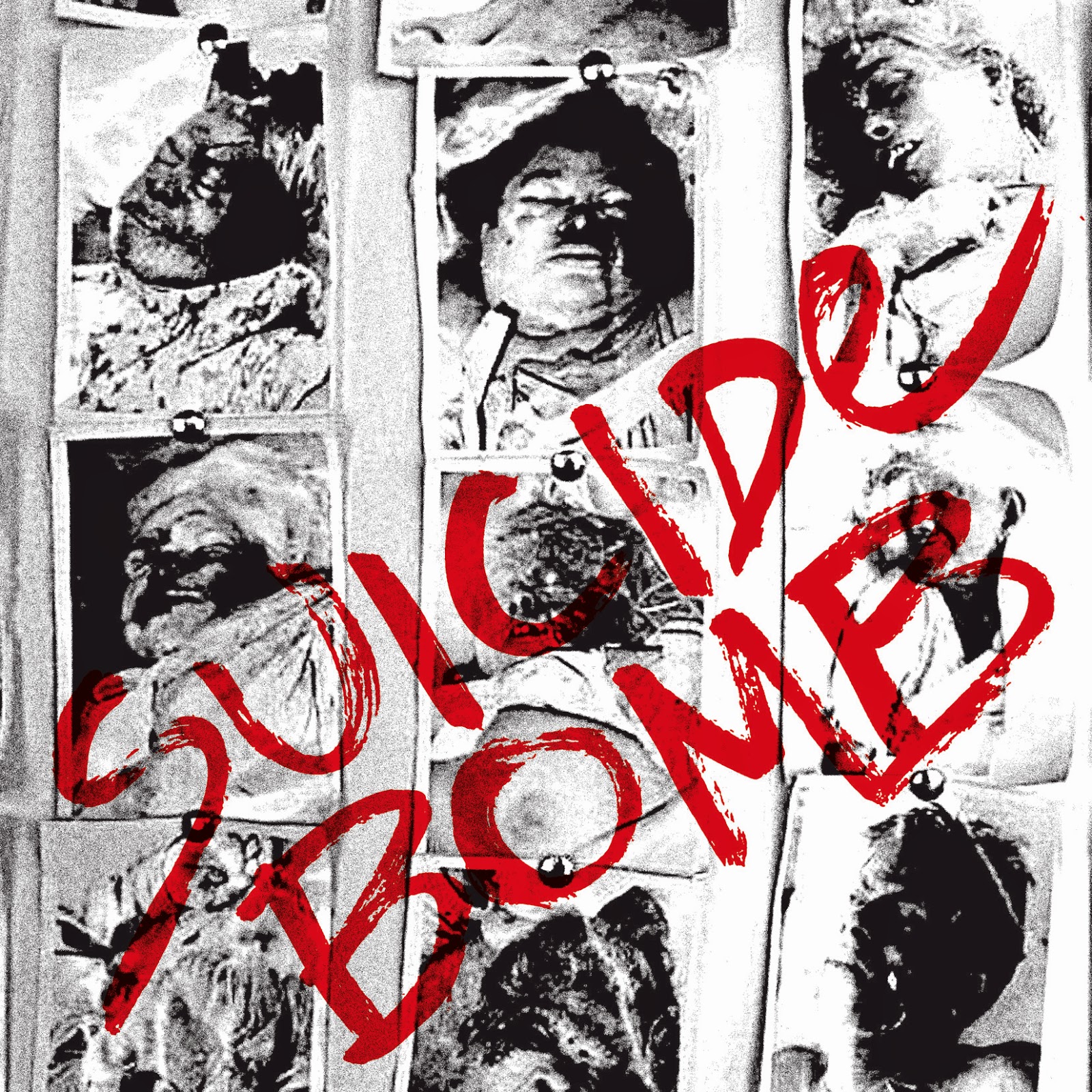 Finally decided to let this unreleased record see the light of day. This band was really a fleeting moment in Bay Area Hardcore history. 4 people coming together to bang together some rough songs with no concern for sound or style. We recorded twice in this brief history and played a lot of shows. The only time this band was to see anything released on vinyl was on the MRR "Noise Ordinance" Comp.

My first post back in a very long time... 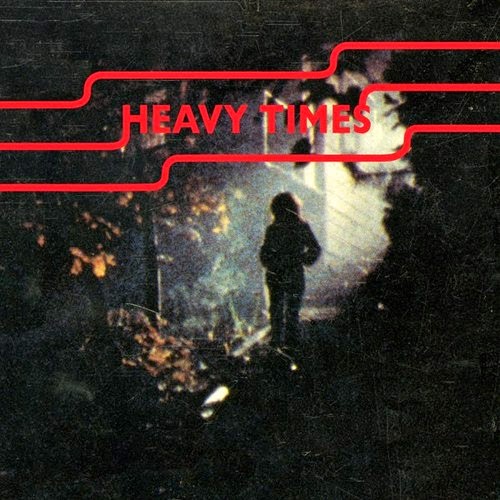 HEAVY TIMES-"Fix it Alone" LP
Not exactly what this blog is known for, but goddamn this is a great record. It's solid check it out and stayed tuned for the next posts. I'm back!

Find it Here
Posted by New Dark Age at 4:46 PM No comments: 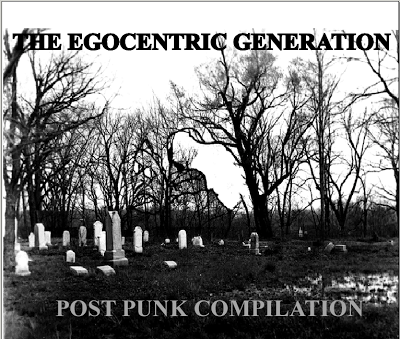 Here is a Compilation made by my friend Padde who has some time on his hands during the Holidays. I think some of you will enjoy it.

-here is a small collection of pretty good songs of very underestimated and maybe forgotten bands, mostly from the 80ies. I put them together on this small compilation and want to share it.
hopefully you will enjoy it and find in there one or two tracks you might wanna dance to.
-Padde 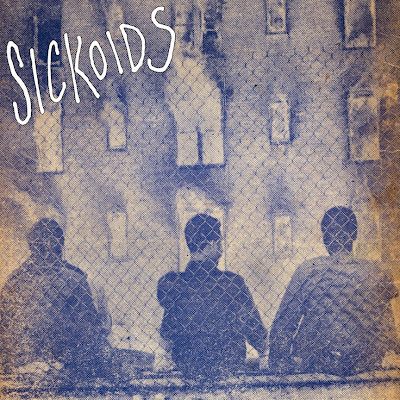 This Lp is a diamond in the rough. Just pure and simple hardcore at it's finest. I was asked to hold off on posting by their members which I obliged and now it seems that I have been beaten to the punch so to speak but either way this should be available on multiple sites. Totally crucial.

Download Here
Buy it on vinyl
Posted by New Dark Age at 2:26 AM No comments: 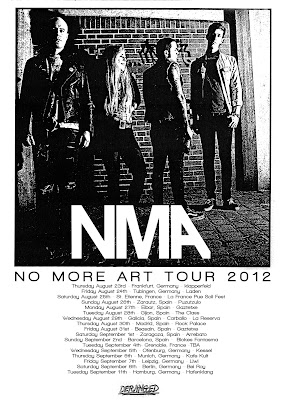 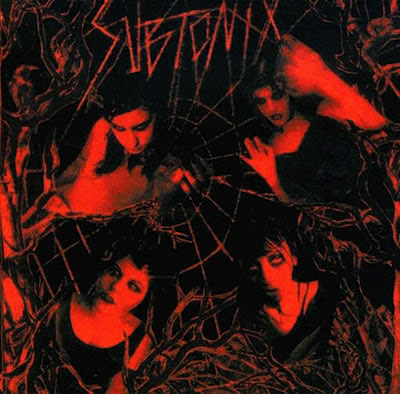 In my opinion this is the most essential Deathrock record from SF bay from the late 90's. These ladies had speed and dance-ability in a genre that sometimes lacks forward motion in exchange for atmosphere. I know Jesse went on to form another great band THE VANISHING, but never have managed to hear much about what the others went on to do. If you know feel free to enlighten us. 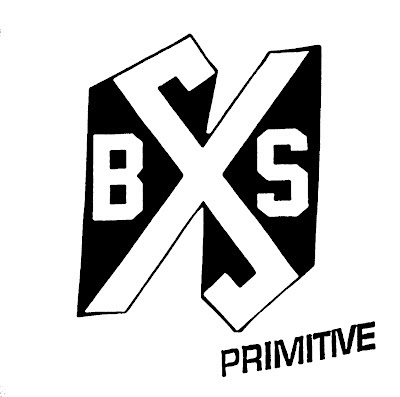 This band is surely influenced by old school Boston hardcore legends and that is a good thing. The sound is great and personally, I welcome the youthcrew old school hardcore sound back into the DIY punk scene. This is music to dance to, just leave out the macho bullshit and keep it fun!

Download here
Posted by New Dark Age at 4:39 AM 3 comments: 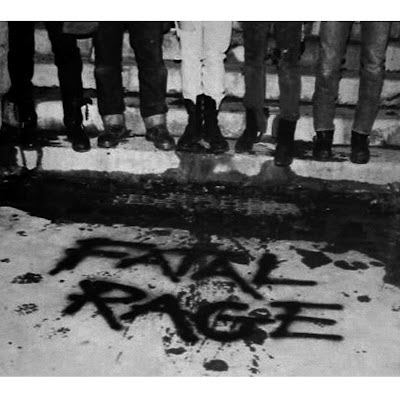 What can I say? Fatal Rage plays perfect 80's hardcore punk. This record is essential and should be repressed immediately. Come on Brandon and Lauren! 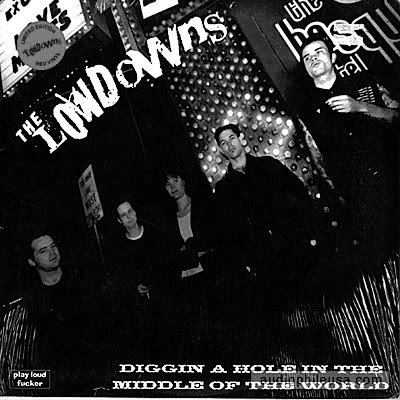 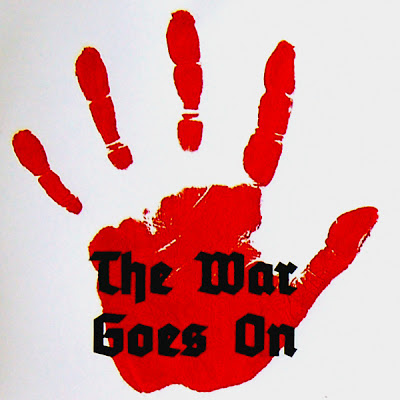 This record has taken quite awhile to see the light of day, but as always, it was worth the wait. For those of you who know the demo this will be no big surprise but there are a few things changed here. First off we have an additional guitar track added, it has been re-mixed by Lasse Ballade at Planet-X, and has been properly mastered for vinyl by Hajji Husayn. The three songs on this are seething with depression and rage which comes off great with the raw delivery of the band. The closest thing I can compare TWGO to is Ronni's last band No Hope for the Kids but less melodic, and without every song being about war, . There is a distinct introspective element to the lyrics for sure. Another great band from K-town with members of all the bands you already like. This record was also done with limited hand-made covers. Thanks to the band for playing a great record release show here in Hamburg!

*note the link above for limited edition copies (1 per person) is only good for the first 20 people who order, all other payments will be refunded through paypal. If it has been a few weeks and you haven't got your records yet, do NOT email me. They will be sent! If you are an impatient bastard and complain you will be banned from my paypal account and never allowed to order records from me again. Legitimate concerns will be addressed of course.
Posted by New Dark Age at 6:51 AM No comments: 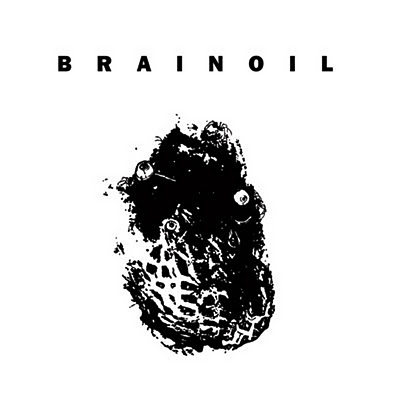 It’s been a long wait for these guys to release a new record and this one is full of all sorts of energy, as well as some of the heaviest riffs you will ever hear in underground punk. I’m totally floored by the sheer power of this record. listen 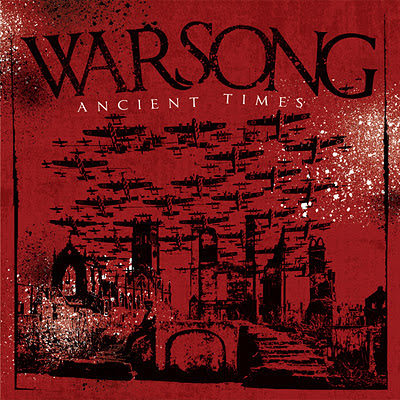 Really catchy melodic punk rock from Zaragoza Spain. These guys have been pretty busy in past bands, but in my opinion this is more varied musically than any of their previous bands, and therefore more notable than any of their past efforts. This record is really solid all the way through in the same way that bands like NO HOPE FOR THE KIDS, or PELIGRO SOCIAL, have managed to be. listen 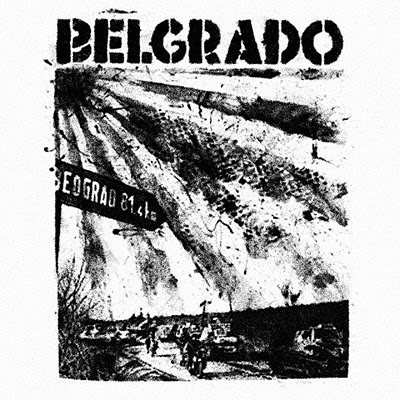 This is the quintessential death rock record made by punks in the 2000’s. It has tons of hooks that are reminiscent of all the 80’s favorites, but has enough energy and musical ability to come away sounding fresh and super danceable, and heartfelt. listen 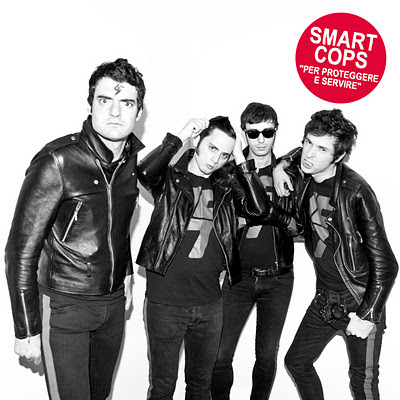 This band is so blatantly overlooked it should be criminal. This record is probably one of the best hardcore records in years. Totally saturated in garage-style hooks but with enough speed and energy to remain totally modern and powerful. listen 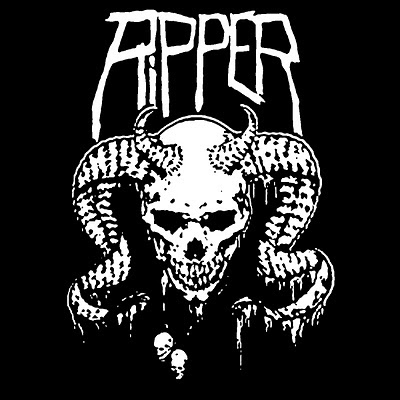 This is the best marriage of punk and metallic rock n’roll since INEPSY. The hooks fill every nook and cranny that hasn’t been taken by the pummeling rhythm section. listen

NO PROBLEM -”And Now This” LP (Deranged) 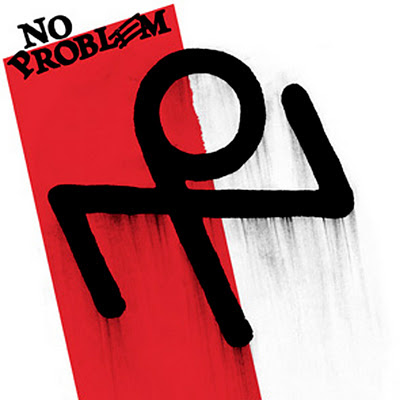 This record has to be up there with GOVERNMENT WARNING “No Moderation” and “Arrested”, and a slew of records by CAREER SUICIDE, as the top of the game hardcore bands going these days. NO PROBLEM play flawless hardcore that doesn’t sound like any other band and is easily recognizable. listen 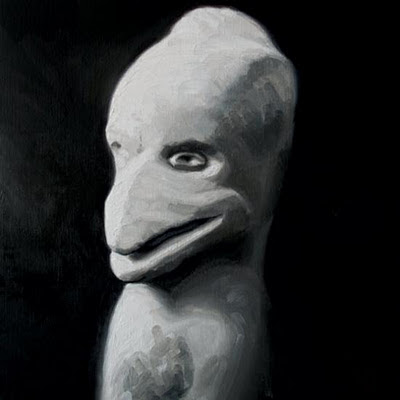 This record has been in the works for a long time. Well, it was worth the wait. The sounds of this record harken back to those of thrash bands like B.G.K. and VENOM, while mixing in some great mid tempo rage-rs in the haunting style of RUDIMENTARY PENI. Need I say more? listen 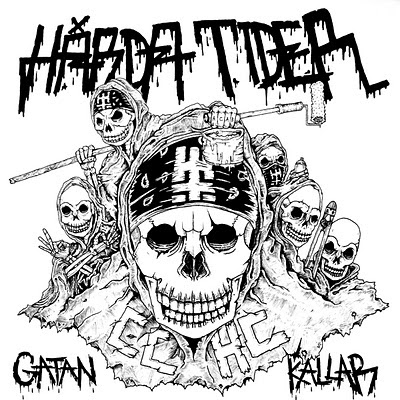 This is the best Hardcore band since CRO MAGS! See them live anywhere in Sweden and you will become a believer. The record just pummels the listener the entire way through. Scathing Scandi style riffs with brutal breakdowns and gang vocals. Don’t think this is a tough guy macho hardcore band though. This is as underground as it gets. You will find the band members at every DIY show in the Malmo area. listen 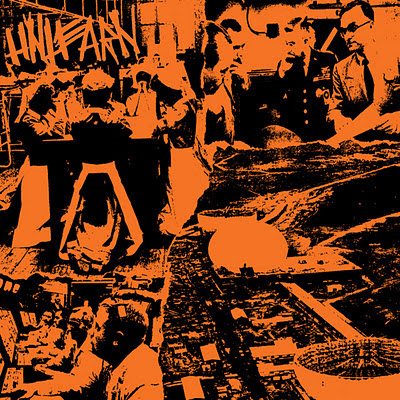 This record is everything you want from a apocalyptic punk record. Screaming vocals about antisocial behavior and a world without a future. All the while accompanied by searing raw guitars and charging drums. sample 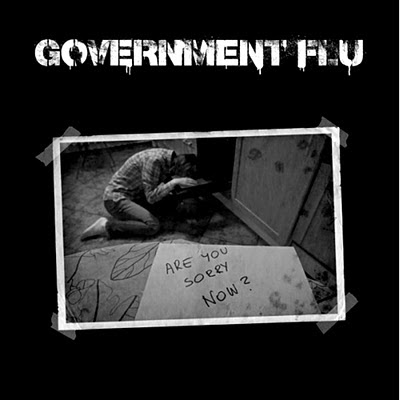 This record reminds me that talented kids still get together and make hardcore music which won’t stay trapped in easy definitions of what a 80’s style hardcore band should sound like. The LP is recorded with the perfect amount of ferocity and perfection. It’s a shame so many people will overlook this band because they aren’t from a big city where there are tons of great bands releasing records all the time. Check this out. Listen 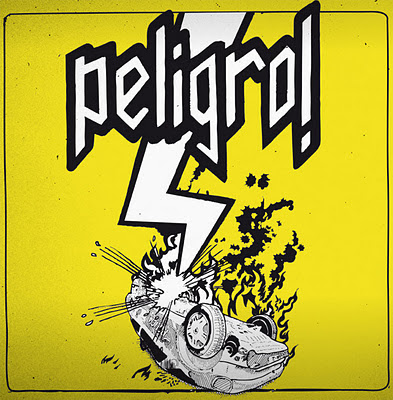 This is the closest a band has come to playing ANNIHILATION TIME style hardcore with rock n’roll riffage that doesn’t rip every single element of theirs off. PELIGRO! keep a firm foot planted in their Spanish hardcore roots, but with tons of BLACK SABBATH and MOTORHEAD guitar noodling. The songs are energetic and filled with passion. Really great! listen 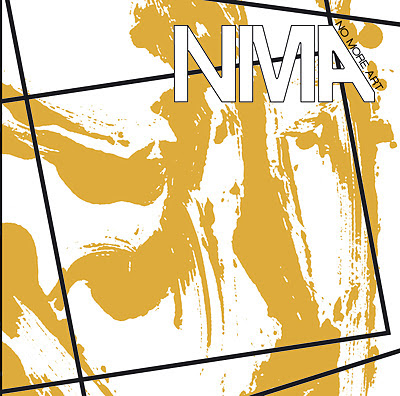 No More Art -"Peripeteia b/w Evil Eyes" EP
This is my new band from Hamburg. This is a description from Erste Theke who released this plate:
No More Art is comprised of people from rather dissimilar backgrounds in music, but the elements are easy enough to lay out. There are the surf-drenched guitars, the complementary female vocals, and the rock ‘n’ roll frenzy of X (Los Angeles), some of what has been brewing in Denmark and Sweden over the last decades with bands like MASSHYSTERI / VICIOUS, and NO HOPE FOR THE KIDS, but also with lots of melody and leads that is reminiscent of 80's LA bands like SOCIAL DISTORTION and ADOLESCENTS, but with a unique sound of their own as well. Lead singer Milo has been paying her dues for some years now as a singer song writer in her own solo project ROSIE TIE. Drummer Juan Miguel has been busy on the heavier side of music, playing guitar in bands like LOS DOLARES, ETACARINAE, and PELIGRO!, in Barcelona over the past decade. Will has also done time in many bands over the past decade with groups BORN/DEAD, DESOLATION, SUICIDE BOMB, DOPECHARGE, and most recently Portland's RED DONS. Recorded by Dennis Rux at Yeah Yeah Yeah Studios and mastered by RED DONS Hajji Husayn in a 80s sound that made you KBD fans out there forget the modern world. Enjoy the first No More Art songs! 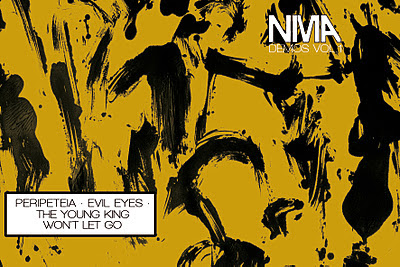 No More Art is my new band in Hamburg Germany. This is our first demo after playing for a very short while together. It was recorded in HH at Yeah Yeah Yeah Studios with Dennis Rux and mastered by Hajji Husayn of Red Dons. We tried to go for a warm sound that you can hear every instrument, the end result is pretty good I think.This tape is available through Kink Records here in Europe.

Download
Posted by New Dark Age at 7:21 PM No comments:

New Dark Age
citizen of the world
I believe in supporting bands who produce quality music. I own all the records found here and highly recommend that people continue to buy vinyl and directly support bands. This blog is intended to promote these bands. This blog will also feature some of my photography and shitty opinions. If links are down please be so kind as to let me know which ones.